What Is the Difference Between 64-Bit and 32-Bit Operating Systems?

If you have a computer made in the last 10 years, you are likely running a 64-Bit operating system, but what’s the difference from the old 32-bit OSes? 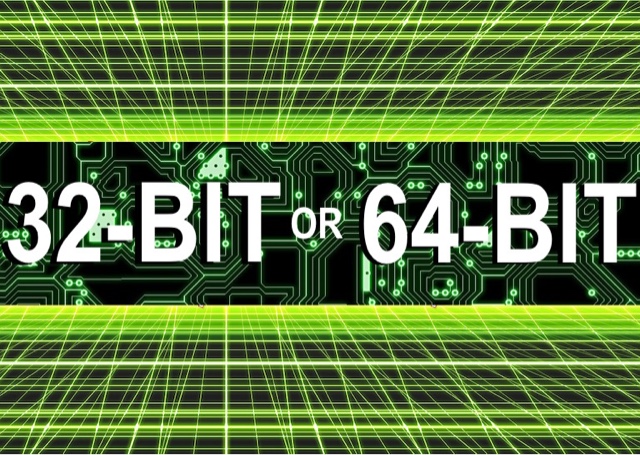 Digging into what each of these values mean a little bit more, we can begin to understand the basics. A bit is essentially a 0 or a 1 in binary. A bit holds one digit of data. 1-bit computing means 2 different values, and 4-bit computing means 16 different values (2 to the 4th power). Since the growth is exponential as the bits go up, when you arrive at 32-bit processing power, the value becomes quite large. 32-bit computers can have 4,294,967,296 values. Doubling the bit value to modern day 64-bit means that our computers can have over 18.4 quintillion values. So, when we transitioned from 32-bit to 64-bit, our computing values did a lot more than double. This improvement underscores how big of a deal Moore’s law is as well 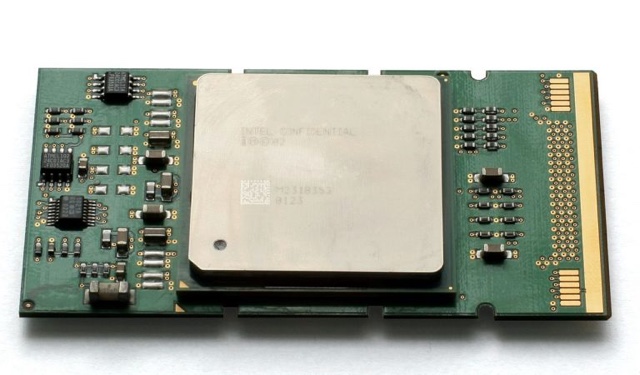 Pretty much any computer made after 2005 came with a 64-bit chip on it, but that doesn’t mean that all programs and software became 64-bit as well. You might actually have a 32-bit OS installed on your 64-bit machine and it could be limiting what you are capable of. Really the only reason you would want a 32-bit OS on your computer would be because it can only handle 32-bit computation due to hardware constraints. Unless you have an old brick from the early 2000s, your computer can handle more. If you really aren’t sure which OS you downloaded, you can simply navigate to your about or settings window and see which OS you are running. Under system type, it should tell you if your OS is 32 or 64-bit.

Another reason you might have a 32-bit OS on your computer is because of outdated software. If when you got your computer you began running an OS that hadn’t been upgraded to 64-bit yet, subsequent updates may not have fixed it. Most of the time, when an OS updates, it won’t change from 32-bit to 64-bit, even if you have the most recent upgrades. Your system type usually will stay the same unless you re-download.

If you think it really doesn’t matter for you, 32-bit has one major limitation: how much RAM it can access. 32-bit OSes can only use 4GB of RAM at maximum. Even if your computer has more RAM installed, it won’t matter to a 32-bit OS. On the other hand, 64-bit OSes can access an insanely exponential amount of RAM compared to 32-bit. A 64-bit OS can use 16 exabytes of RAM. Since that amount of data storage isn’t in PC form yet, you can pretty much never install enough RAM that your OS couldn’t use it. With that said, if you are using Windows 10, your RAM is limited to 2 terabytes to make sure the system isn’t overloaded.

Transitioning to 64-bit computing was a big deal in the mid-2000s, but 32-bit code could still be lurking on your computer limiting you to what you can do. Make sure you have 64-bit OSes and programs installed to maximize what your machine is capable of.

If you want a faster computer, or looking at buying a new laptop or PC, you may be faced with the decision of which storage device you should choose.

With a variety of choices on size, speed, format and capacity, the question of SSD or HDD storage will undoubtedly cross your mind. But which should you go for?

Both SSDs and HDDs are storage devices, this is where you store all your pictures, documents and music etc. However, the 2 work in very different ways and each has its advantage and disadvantage.

HDDs stand for Hard Disk Drives, and as the name suggest, there is a disk inside the drive. The disk rotates and your data is written on the surface. HDDs use magnetism to store your data, an arm hovers above the disk and magnetically reads and writes your data.

The faster the disk spins the quicker the HDD can perform, such as booting your computer, loading programs and transferring data. Speed is measured in RPM (revolutions per minute)

HDDs have been around since the mid 50's and since then, capacities, reliability and speed have improved. HDDs are the cheapest of the 2 and usually starts as low as £20. They can hold much more data and you can usually find sizes up to 4TB.

SSDs stand for Solid State Drives, they have no moving parts, and instead use flash memory.

An SSD has read and write speeds between 35 to 100 microseconds, which is nearly 100 times faster than a HDD. This quicker access speed allows software and programs to load much faster. This will dramatically improve the time it takes for a computer to load. As the SSD doesn't need a physical disk, the drive is much smaller than a HDD and therefore is an ideal solution for both desktops and laptops.

As SSDs have no moving parts, they tend to use less power and create almost no noise. With the lack on internal movement, they create hardly any heat, reducing the risk of data loss.

The main disadvantage of an SSD is their current cost in relation to their capacity. Maximum size you can tend to get at the moment is 512GB setting you back around £150.

If you wish to discuss improving your computers speed, then please get in touch by visiting www.ourtechnician.co.uk or email info@ourtech.co.uk

Is you PC running slow? Taking an age to turn on or would have been quicker to just deliver the message personally. Computers, like all of us will slow down as they age, however looking after our tech will keep things running smoothly and with less frustration.

There are some very simple house keeping tasks you can do to keep your computer maintained.

Firstly, making sure your computer is protected in the first case. Virus protection is the key to keeping those threats out and away from your computer. There are many types of security packages but that's for another blog :)
Make sure your security is kept up to date and any warnings are addressed immediately. After all, if we left the front door open, we would close it right? Virus security is like that, keep your door open or damaged and expect an intruder.

Temporary files on your computer will be littered all over your hard drive, and overtime this will start contributing to the slowness of your computer. Clearing these files out, deleting your history, cookies and internet cache will help to eliminate your woes of a slow computer but also gain some perhaps well needed hard drive space back.

Another task you can complete to help boost your PCs speed is to defrag your hard drive. As you start storing large data files on your pc, the hard drive will break these down into smaller chunks and place them in different locations on your hard drive. When your computer needs to access the files, usually a program file, it has to piece together the large file before it can action on it. By defragging, it will piece together all these large files into a more sensible and logical format so your computer can access them quicker. This process is very time consuming but on older computers, it sometimes is the most effective. SSD's don't need defragging, another blog will explain this... 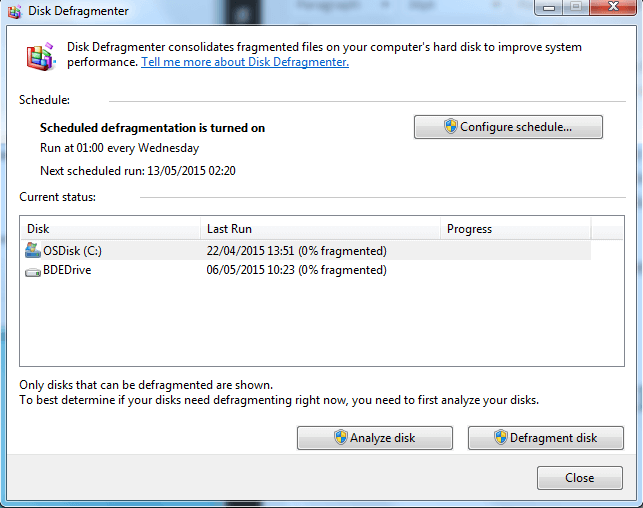 As your computer starts, so does many other hidden programs in the background. The majority of these programs don't need to start with the computer and will only hinder the boot times. Preventing these programs starting will dramatically improve boot up times.

Our Technician, can complete all these task for you in the comfort of your own home. Book a Health Check/ Service and we can get your computer running as good as new.

www.ourtechnician.co.uk or Contact us here to send a message